Flip a Pancake? Flip the Script!

Pancake day is 25th February, this year. A time my family loves. Even after a hearty evening meal, we all have room for pancakes still. Who doesn't? 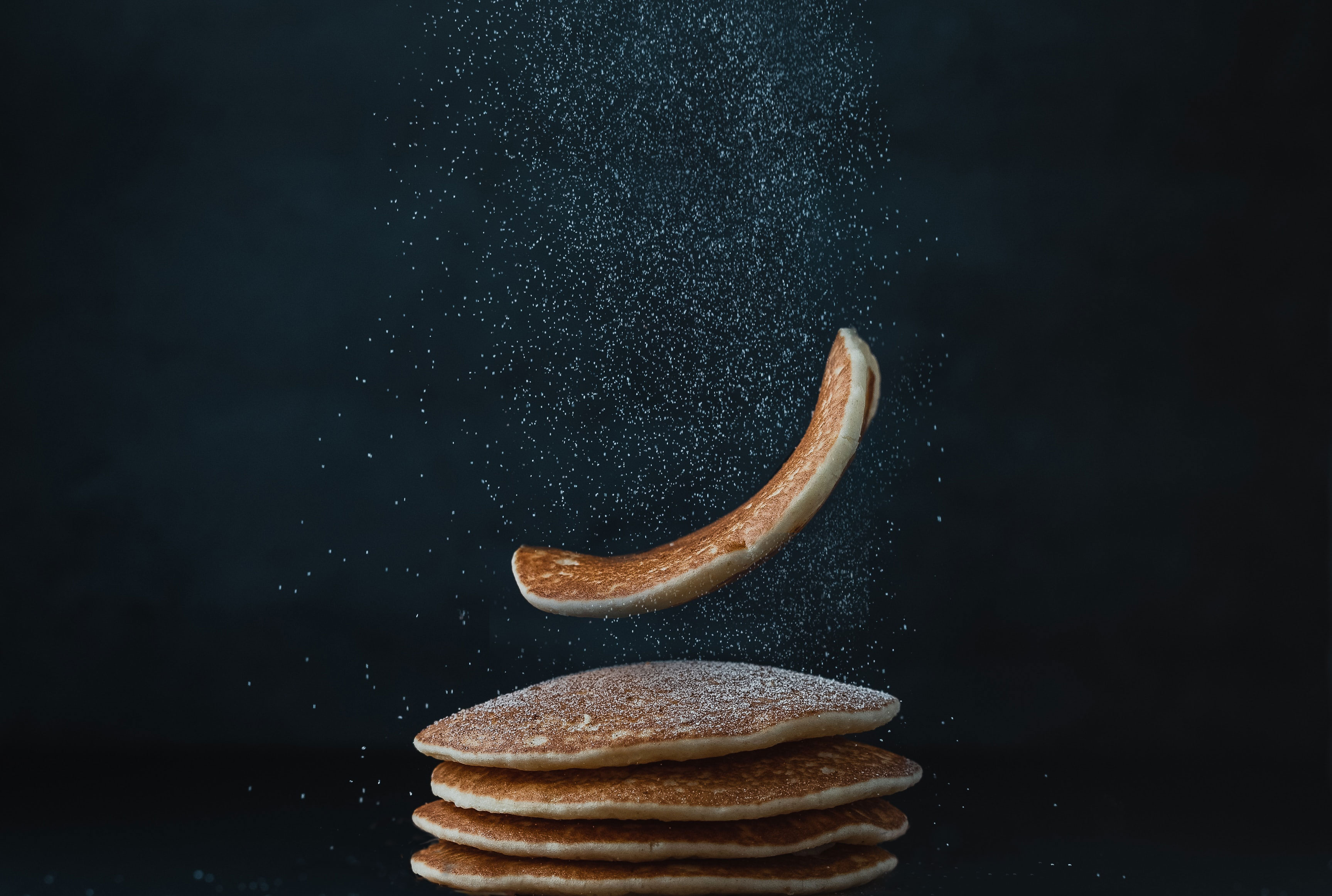 In our house, everyone is different. Some go classic, with lemon and sugar, some indulgent with chocolate spread and strawberries and me? Personally, it's got to be vanilla ice-cream and golden syrup - delish!

So, what the 'jug and whisk' has this got to do with Growth Mindset? I really am getting there, just bare with me a little while longer.

Back to pancakes. It then comes to cooking them. I don't know why, but the first one always seems to be a bit of a disaster. It sticks to the pan, it's a bit lumpy, it's not in any shape or form very attractive and ask me to flip the thing, it's a job that brings a sweat on! However, it tastes good and no-one really cares. By the time I'm getting to pancake number 4, things are running a bit smoother. They are of circular form, golden in colour and flipping it? Like a dream. Its at this point where I master the art of pancakes that everyone declares they're full and can't eat anymore.

At Grow Your Mindset, we love a good analogy and actually pancakes fits in really well with the work we do. We have talked endlessly about that common misconception that you either have a Growth Mindset or a Fixed Mindset, when in reality we are a mixture of the two. We flit between Growth and Fixed, throughout our daily lives, depending on our circumstances and experiences at that time. We like to call this, in true Dr Who style, The Growth Mindset continuum!

This is a sliding scale that we move between and can come in at any point at. All it takes is either ourselves or someone to say, do or think something and our mindset will shift to another part of the continuum. Sometimes it will be quite stubborn and stay right where it is!

This is the great thing about mindsets, we CAN change them and we ARE in control of this.

We, by default, and to protect ourselves as nature intended, initially come in at more of a Fixed Mindset approach. The voice in our head that says, 'You can't do this, it's not safe. You don't like this, it makes you feel uneasy, You won't do this because people will judge you.'

This is not a shameful admission, by any stretch, but and wait for it, the link to flipping pancakes, an opportunity to 'Flip the Script.' and the like making pancakes, it's always a little difficult at first.

This idea of 'Flip the Script' was introduced to myself and Liz, right back at the beginning of our journey when we went on a course hosted by author and international speaker Jackie Beere. She talked passionately about her job as a headteacher in a large comprehensive in the South of England, but how she would fear every time she was asked to speak. Governors meetings, parent consultations, whole school events. She would feel sick, her heart would beat faster and her nerves would take over. Sometimes, she would even try to avoid public speaking, by not attending or giving the job to someone else to carry out for her.

She decided enough was enough. It was beginning to make her mentally unwell and so she began to Flip the Script. All around her mirror, her computer and on her fridge at home, she would place post it notes that said, "I love public speaking. I am great at speaking in front of others." and other similar phrases.

She did the same at work too. Every time she came across one of these post it reminders, she would say it out loud. At first it seemed strange, unnatural and a waste of time. She would still get nervous and feel sick when speaking in front of others, but she kept up her routine. One day, she was due to talk at an event and realised that she didn't have the nerves as much as she normally did and she didn't feel sick. Her ritual of flipping the script was beginning to work.

It's quoted that Buddha said "What you think, you will become." This is actually a misquote and not a true representation of what was said, but the words themselves actually have a lot of meaning in them. Our brains make neural connections based upon our learning and our beliefs. When our Fixed Mindset steps in to protect us and fills our heads with these thoughts of can't, won't, don't, over time, our brain will make stronger and stronger connections, so they become beliefs. Take Jackie, for all that time she told herself she hated public speaking, the worse her anxiety, stress and in the end her mental health got. Her brain had made a connection that public speaking was a negative experience and should be avoided and now her brain was trying to protect her.

She made a conscious decision to break that neural pathway up and change the outcome. Now, with time and the belief that she 'loves public speaking' her nerves have diminished and it has become her full time job! Her brain has made a new connection that public speaking is a positive experience.

The first time I really noticed a 'Flip the Script' moment was during the summer holidays. We had taken the kids to the Crocky Trail, after hearing great things about it from other parents.

A place with giant slides and obstacles, in all shapes and forms.

This isn't the kind of place where you wear your favourite clothes. You can see from the picture that this is rough and ready, dusty and a slightly muddy puddle kind of place, but that didn't matter, we had read the advice online and gone prepared.

Salvador, my 9 year old, didn't hold back, he was off. Starting with the smaller slides and quickly working his way up to highest slide there was. Armed with his soggy grass mat and a ton of energy, he was having the time of his life and I was happy and contented in the knowledge of this.

This lasted for all of 15 minutes, when he came running over to where I'd got comfy and asked, "Mum, you coming on?"

And this what it. If I could write the sound of a loud, warning bell going off in my head, I would, but I wasn't sure how to spell it without the effect I wanted. If you think back to Ghostbusters and the siren noise that the GB van made - that was it - that was the sound in my head.

However, using our S.O.S strategy that I've mentioned in previous blogs I made a conscious effort to 'Flip the Script.'

So armed with my soggy grass mat, off I went to the middle height slide. I didn't start shouting out loud, but in my head I made a conscious decision to 'Flip the Script.'

"I love big slides, I can't wait for this, it's going to be so much fun!" I was saying to myself all the way up the never ending stairs to the top and yes it was one of the weirdest things I'd ever done. It really did feel unnatural and I definitely had a sweat on - bit like that first pancake. However, I did go down the slide. Did I break my leg? No. Did I get dirty and wet? Yes! Did I scream loudly and was I shaking by the time I reached the bottom. Most definitely, yes. The point is, I heard my Fixed Mindset and made a conscious effort to change on the continuum. The result, was me trying something new, out of my comfort zone and the satisfaction that I did it. More importantly, my son thinks I'm pretty cool! I think I'd need another 4 attempts, like with pancakes, before I would start to feel more comfortable about it, but hey, there's always this years summer holidays.........

If you like what you've read, why don't you check out our other blogs about mindsets.

Why Trust is Important in Business

How Does the Brain Function and How Do We Learn?